We are rolling into the weekend like a humvee dropped from a C-17 (no seriously, did you see that story?), with The Sip, the biweekly newsletter brought you by MilSpouseFest. Take your Sip To Go with our new podcast. However you get your Sip, informed looks good on you.

On today’s date in 1938, Archbishop Francis Beckman denounced swing music as “a degenerated musical system, turned loose to gnaw away at the moral fiber of young people.” Thinking he wouldn’t be a huge fan of twerking…

Headlines everywhere today are covering the “Mail Bomber,” after a series of explosive devices were sent as packages to several high profile political and media figures. Authorities are saying that bombs were sent to President Obama, former Secretary of State Hillary Clinton, former CIA Director John Brennan, former Attorney General Eric Holder and Representative Maxine Waters on Wednesday, and have the same characteristics as a bomb sent to billionaire investor George Soros on Monday.

The bomb intended for Brennan was sent to CNN’s offices (although Brennan is an analyst for NBC…), the one sent to Clinton was discovered near her and President Clinton’s home in New York, and the one for Obama was intercepted in Washington, D.C. The return address on the packages were for Rep. Debbie Wasserman Schultz, who also received a device that was apparently intended for Holder but had the wrong address on it. All of the packages were found in routine mail screenings and no one was hurt, but no one has been caught yet either. We’re watching this very closely.

Something else we’re closely watching but for much happier reasons? World Series! Red Sox took Game 1 with an 8-4 victory over the Dodgers. If you missed Game 2 last night, the outcome was the same, Sox winning 4-2. But much like Mega Millions, even if you lose a game or two, there are plenty more chances to win … and there’s no crying in baseball.

And in other awesome news, Starbucks has opened its first US Sign Language store in Washington, D.C., near Galludet University. Employees are partially or fully deaf and capable of communicating in American Sign Language. Turns out love and pumpkin spice are universally understood.

When six armed robbers attempted to steal cash from a store owner in Belgium, he told them he’d have more money later and asked them to come back when the store was closing. Incidentally, he called the police and told them, too. The criminals returned and were arrested. Can’t make that up.

Have to admit we love looking for shocking headlines to include in our want to know section, but this one we read and thought, Yep. Totally get it: California man trying to burn spiders ignites home. You heard that right. A man house sitting for his parents pulled out a blow torch when he found a few black widow spiders, and not only burnt the unsuspecting arachnids, but the whole freaking house as well. Thanks for taking one for the team, dude.

READING WHILE WE SIP

Loving this piece on Military Spouse about how sometimes resiliency just isn’t enough.

Trying to decide if you should stay in or go? Check out this great article on Military Families.

Finally, here’s a look at the emotions during the week before deployment, over on The Seasoned Spouse.

The good folks at MILLIE know how hard it is to replace all of your favorites, your go-to’s, your haunts at each and every duty station and are working on a solution. MILLIE Local is a resource to help you reestablish your pattern of life using trusted recommendations and insider insights from the MILLIE Scout team! Everything from coffee shops, pet-friendly cafes, dentists, mechanics that offer military discounts and more are going to start popping up on our map over the coming weeks.

Do you have insights you’d like to contribute for your area? Pay that PCS-Karma forward by submitting your spots and visiting MILLIE Local, today.

P.S., they didn’t pay us to say that. They’re just that awesome.

YOU DIDN’T WIN MEGAMILLIONS. BUT YOU COULD WIN SIPSTAKES. 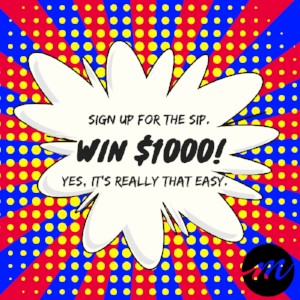 The winning has started and it is only going to KEEP going!!! Our 17th SipStakes winner ($200 Amazon gift card!) is … LACEY! A gift card is coming your way – we’ll email you. Thanks for entering!

For the rest of you, you still have 4 chances to win, and the last drawing is for a $1000 Visa gift card! Keep sharing, keep entering, keep being awesome. Enter here,and then share, share, share! Every single time one of your buddies signs up, you’re entered. 10 buddies = 10 entries. The SipStakes: because informed and winning looks good on you. And the link one more time for the people in the back: www.milspousefest.com/sipstakes

We are SO EXCITED to take this show on the road. Next week it’s Norfolk, VA and then it’s on to North Carolina. Join us December 4 at Fort Bragg and December 6 at Camp LeJeune! If you like winning things and meeting fun people, then you will LOVE MilSpouseFest. Don’t miss it – register today!

Passionate about helping military families and need a part-time, flexible job in Houston, Dallas or Seattle? Look no further. Check this out and apply today.

That’s it for The Sip. Get this awesome straight to your inbox by subscribing here. 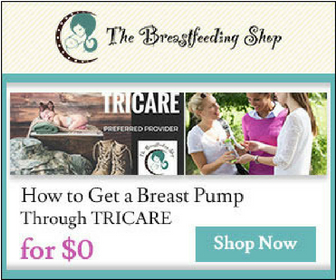 One Reply to “The Sip to Go: Thanks for taking one for the team”